As I said last week, when you’ve set out to share great quotes from wonderful authors with the world, then it’s nice to be doing so from a library, where there is never a shortage of such unique and talented voices, with such wisdom to share. And today I didn’t want to limit myself to just one voice, so today we are going to hear from three of American literature’s finest… 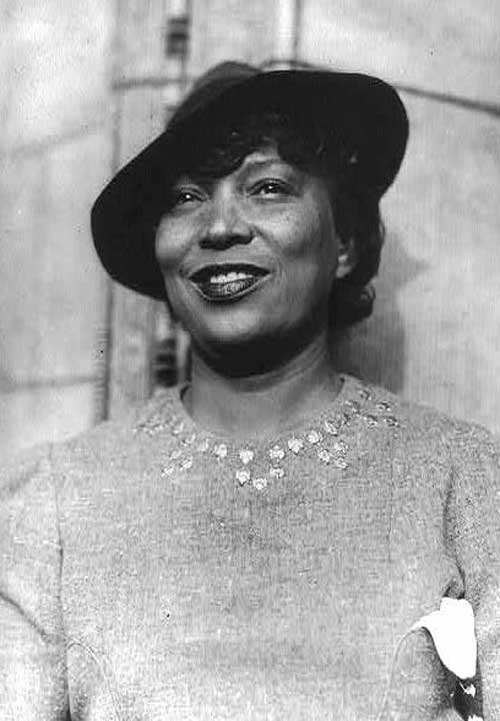 First we have a nice perspective from one of the writers at the center of the Harlem Renaissance:

“Sometimes I feel discriminated against, but it does not make me angry. It merely astonishes me. How can any deny themselves the pleasure of my company? It is beyond me.”

-Zora Neale Hurston, from “How It Feels To Be Colored Me,” an essay which appeared in The World Tomorrow in May, 1928. 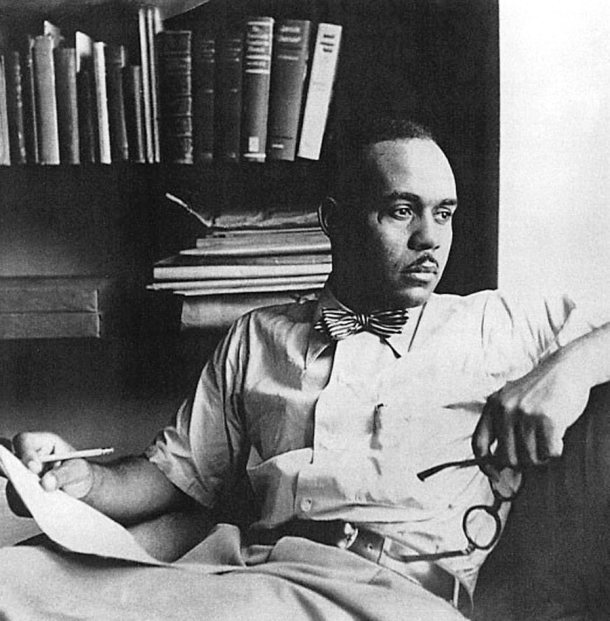 -Ralph Ellison, from his famous 1952 novel, Invisible Man, which won the National Book Award in 1953. 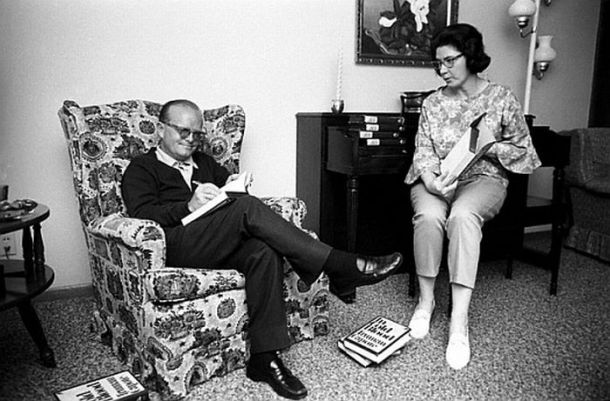 Our last quote for today comes from a writer who only wrote one novel in her lifetime, but it was an amazing novel:

“I think there’s just one kind of folks: folks.”

-Harper Lee, from her famous novel, To Kill A Mockingbird, 1960. Lee is, of course, pictured above, with her friend, Truman Capote, her childhood schoolmate, neighbor, and best friend. 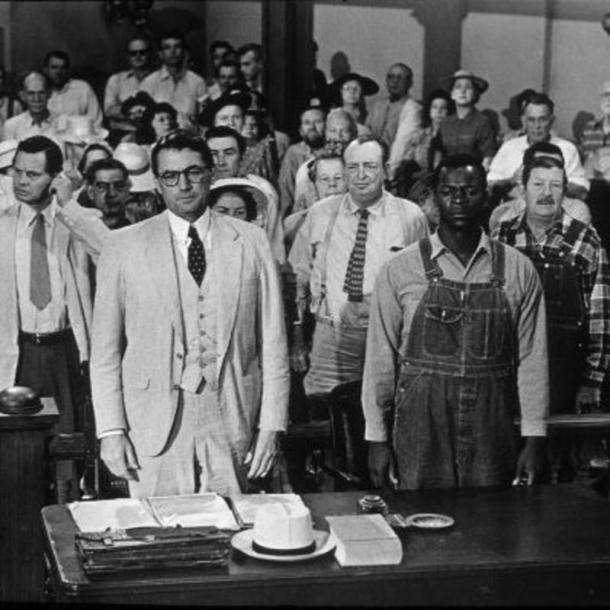 Elsewhere on the internet:

It’s important to note that both Invisible Man and To Kill A Mockingbird are on The Modern Library’s list of 100 Best Novels, a nice list of the best novels written in the English language in the twentieth century.

It’s also important to note that Invisible Man, To Kill A Mockingbird, and Their Eyes Were Watching God are all on Time magazine’s list of the 100 Best English-Language Novels from 1923 to 2005.

A podcast about Ralph Ellison, and how his works are still being taught today, from Voices Of America.

An interview with Ralph Ellison in The Paris Review.

To Kill A Mockingbird: A historical perspective.

Harper Lee was given the Presidential Medal of Freedom in 2007.

To Kill A Mockingbird was named the UK’s most beloved book last year.

The mystery of Harper Lee.

Harper Lee made a rare written appearance in 2006, writing an open letter to Oprah Winfrey in O magazine.

Study guides for Their Eyes Were Watching God at both Grade Saver and Shmoop.

An interview with Zora Neale Hurston about her research into actual zombies in Haiti.

An in depth biography of Zora Neale Hurston from Gale.

At the library we have quite a few books both by Ralph Ellison, Zora Neale Hurston, and Harper Lee, and about them. To Kill A Mockingbird and Their Eyes Were Watching God are always popular, partially because students get assignments involving them every year, so I’m glad that we have those books, as well as quite a few volumes of literary criticism about their authors, but I wish more people would come in asking about Ralph Ellison. Either way, there’s a reason that all three of these authors and their works are considered classics and I hope you’ll come and check them out.